This is a special preview to our next digital case study that will be live next Wednesday, August 31. Torrent has been involved in multiple Green Alley projects in Los Angeles that help transform the city’s paved alleyways into spaces that can collect stormwater. Similar designs have been popping up in Seattle and Chicago where alleyways can take up a substantial amount of acreage within the city. In Los Angeles, alleyways are often paved which doesn’t allow for any stormwater capture and results in flooding. 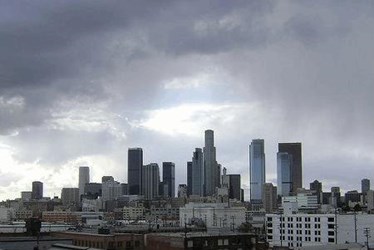 As California teeters on the fifth year of a historic drought, cities like Los Angeles envision turning alleyways into beautiful, pedestrian friendly walkways where the most prized resource water, is treated as so.

“The project will help support the state’s goal of increasing stormwater capture from 8.8 billion gallons to 50 billion by 2035.”

Stay tuned next week when we take a closer look at how 7 drywells, colored concrete, and a unified neighborhood turned a graffiti occupied walkway into a stormwater recharging haven.

Read more about these projects in an article published by Sara Jerome, Los Angeles Builds Green Alleys For Stormwater Capture.