An article published on WaterDeeply.com caught our attention as the word ARSENIC boldly appears in the title next to “Groundwater”.

The article, “Toxic Trap: Groundwater Overpumping Boosts Arsenic in California Aquifer”, written by Tara Lohan (Pub. Jun 14, 2018), is an inside look at a study done by researchers at Stanford University who uncovered more consequences to overpumping groundwater than they bargained for.

This article brings us back to the San Joaquin Valley and the discussion about how overpumping since the 1920’s has caused the valley to sink as much as 28 feet. Land subsidence occurs when large amounts of groundwater have been withdrawn from certain types of rocks, such as fine-grained sediments. The rock compacts because the water is partly responsible for holding the ground up. When the water is withdrawn, the rocks falls in on itself.

What these researchers at Stanford University found is that subsidence and damage to crucial infrastructure would be the least of the worries for over 1 million people whose main source of drinking water is being contaminated with arsenic. Their study, published June 5 in the journal Nature Communications, uncovers disturbing details that concerns those aforementioned 1 million people in lower income areas. “Researchers found that recent groundwater pumping caused an increase in the concentrations of arsenic in the aquifer. Arsenic has been linked to many kinds of cancer and can also cause stomach pain, paralysis and blindness.” (Lohan, Water Deeply) Within those 1 million people are thousands who may be worse off as they rely on unregulated private wells in the area. 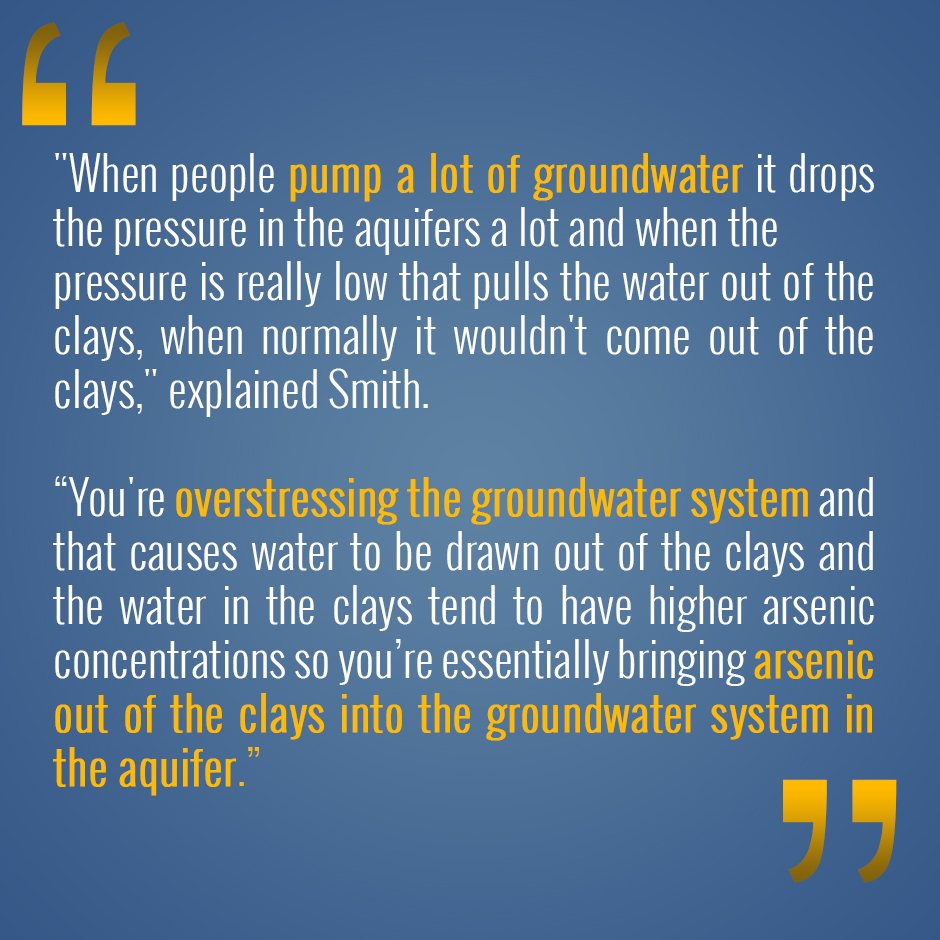 Read the full article here to learn more about how the link between overpumping and arsenic concentrations in California is tied to the region’s geology.

The good news is that an increase in arsenic concentrations in groundwater doesn’t have to be permanent. “We need to stop pumping as much groundwater and we need to avoid overstressing the aquifer system,” said Smith. “Our study also indicates that if we can reduce pumping then the arsenic levels can return to safer levels within about 10–20 years or so.” (Lohan, Water Deeply)

Groundwater is one of the Nation’s most important natural resources and is the future of water sustainability in California. MaxWell drywells are the solution to embrace as they are a low-cost, low-impact solution. Ask yourself as a civil engineer or contractor, “what can I do on my projects to impact the sustainability of water supplies in California and help reduce groundwater overpumping?” Consider MaxWell drywells for your next project. Not sure where to start? Request a complimentary Lunch & Learn below.