Stormwater runoff can be a headache for properties with poor drainage systems on site but what happens when that headache affects their neighbors? In this article, Hospital detention pond flooding neighbors, stormwater runoff from a hospital’s property is causing the backyards of two neighbors to flood.

Neighbors are citing the newly finished construction during the expansion of a local hospital as the cause for the issue. Local township engineers initially reviewed the hospital’s expansion plans for stormwater management and determined they would comply with state regulations. Fast forward to project completion and residents adjacent to the hospital are now experiencing destructive flood-like water. 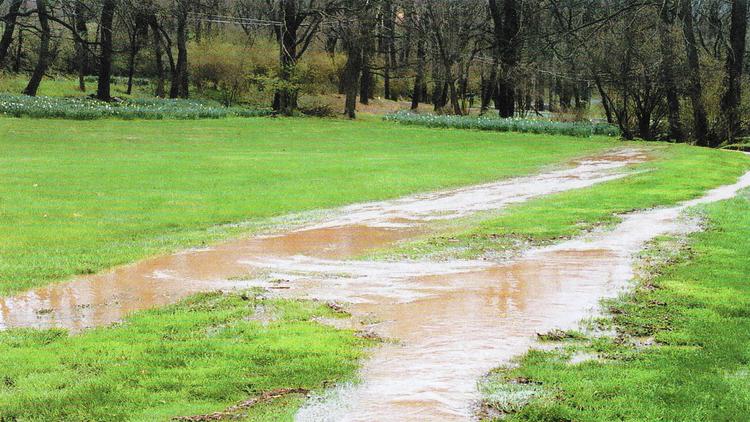 The issue aside from the fact that the neighbors now have a water feature they didn’t exactly plan on is that they are trying to determine who the responsibility to solve the problems rests on. We can only imagine the frustration of the local residents who have “Niagara Falls” in their backyards. It would appear that the newly constructed expansion of the hospital has created more stormwater runoff than the detention pond can handle. Also, expecting that much water to simply “dissipate into the surround fields” is not enough.

We could think of an easy, cost-effective way to solve Salisbury township’s stormwater problems The installation of a MaxWell® drywell on the hospital’s property would eliminate standing water and reduce flooding while capturing and pre-treating the stormwater.